In this image I lowered the viewpoint to keep visible the car-front near the ceiling, to highlight artwork origin. The artist is also pictured. To do this I needed to use a wide-angle (18mm). This is probably the image better suited for a kind of “reportage”, because it includes the maximum amount of information. Moving a little more to the right I maybe could have included also the “Re-creation” name (printed in white on the left), using it like a caption. 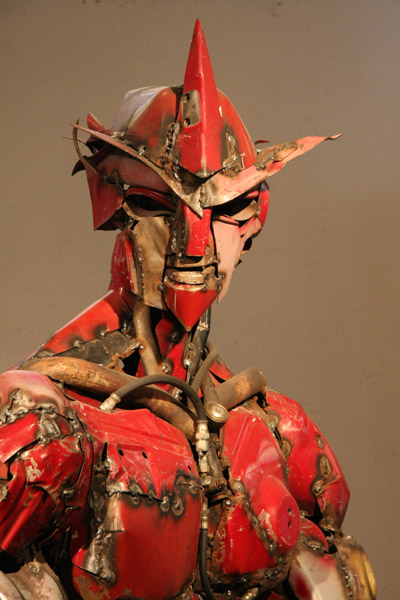 In this second picture I wanted to shot a sort of portrait of the Transformer. He kindly stood still during the shot 🙂

Nikola Nikolov was already present in 2009 edition of Fuorisalone, presenting his Lamp (an old chandelier) and his Dog, made of pieces of old wooden furniture, both expressing the Studio Re-creation idea: not only re-use but also preserve memories that discarded objects carry. 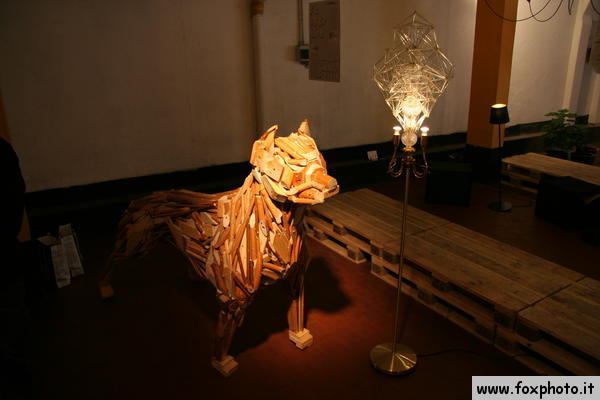 Fuorisalone is hosted in real-life places, that in everyday use are shops, courtyadrs, former factories, even car-repair shops, garages… in 2009 Studio Re-creation’s artwork was hosted in a Lotus garage… well, maybe Nikola tried to ask for a Lotus to be used as raw material for his next Transformer… 🙂

Any cookies that may not be particularly necessary for the website to function and is used specifically to collect user personal data via analytics, ads, other embedded contents are termed as non-necessary cookies. It is mandatory to procure user consent prior to running these cookies on your website.